Dipping in the Disused Thames and Severn Canal

The Thames and Severn Canal was completed in 1789, and not surprisingly, linked up the River Thames and the River Severn. It crosses difficult terrain, and history books suggest that it was never one of the UK’s more successful canals. Most of the canal was abandoned in 1927, with it all being closed by 1941. Some parts of it (notably between Stroud and the Severn) are undergoing restoration, but much of the remainder is either disused, or indeed has disappeared altogether. 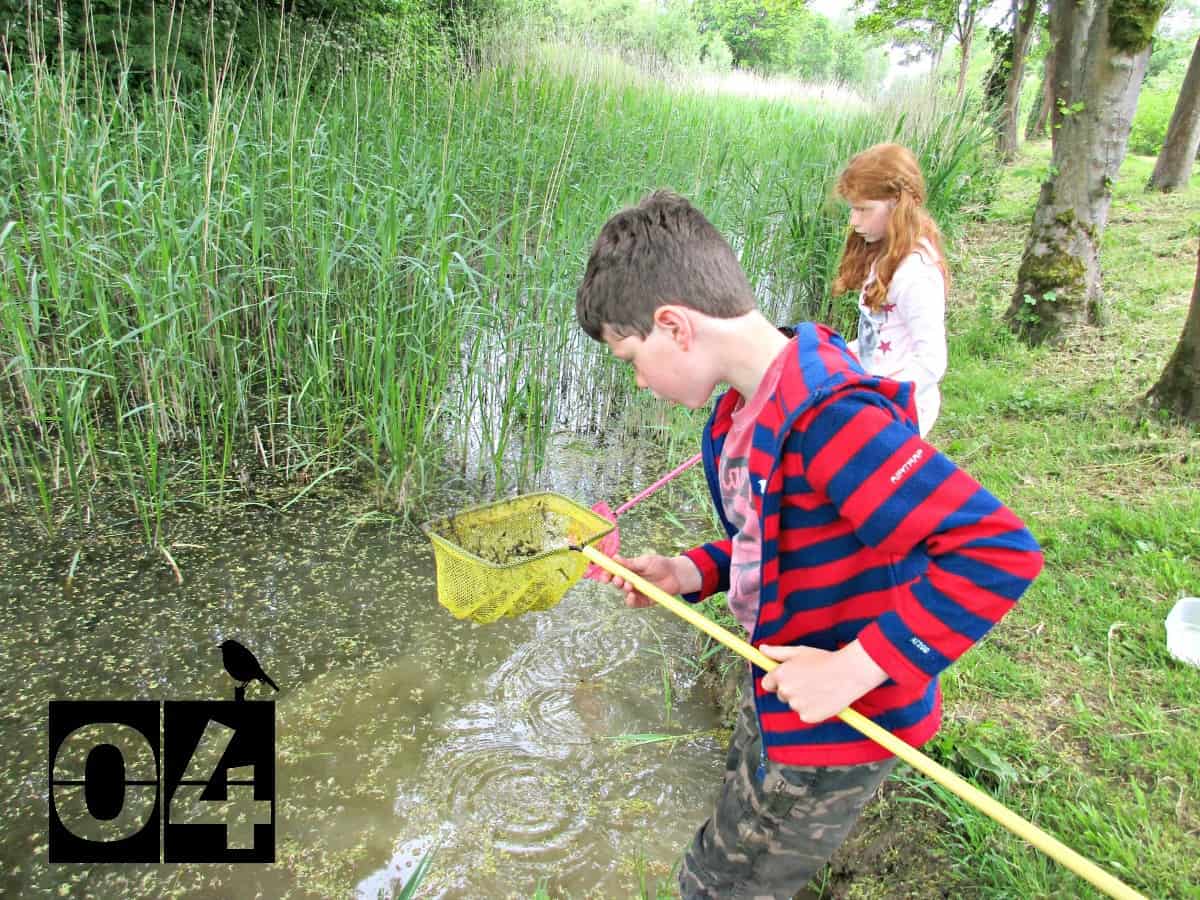 The stretch we visited is near Cerney Wick in the Cotswold Water Park, and although it is disused, the towpath is maintained and it still holds some water. As you can see from the photos it is absolutely stunning. We have Pond dipped at The Cotswold Water Park before, but had never tried the canal, so we were excited to see what we might find in there. 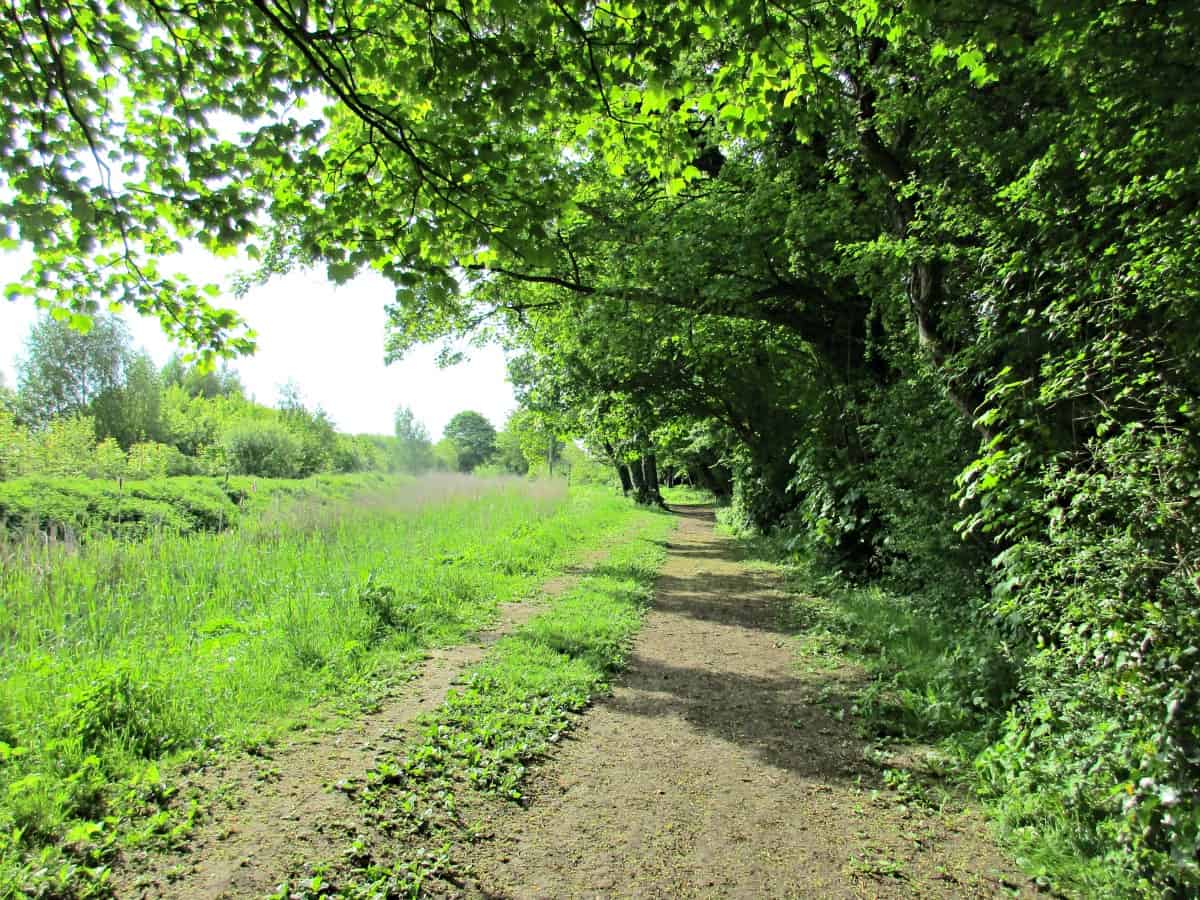 We took simple fishing nets and a plastic container with us on our explore. The container gives you a chance to have a good look at anything you catch, without distressing or damaging the animal. Once we had had a little look at the creatures, we returned them back to the area of the canal we had found them in.

We were delighted to find a tadpole, a tiny infant crayfish, plus a selection of water mini-beasts. 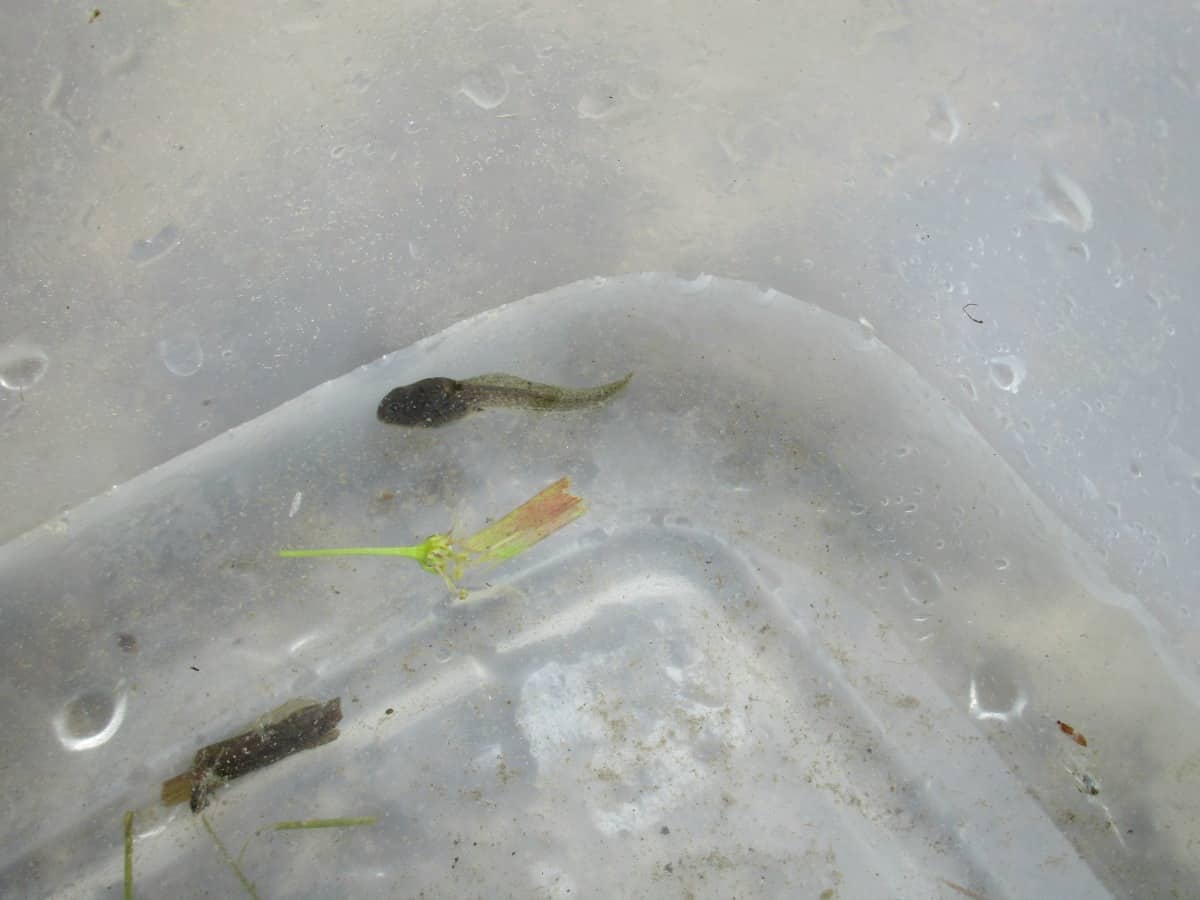 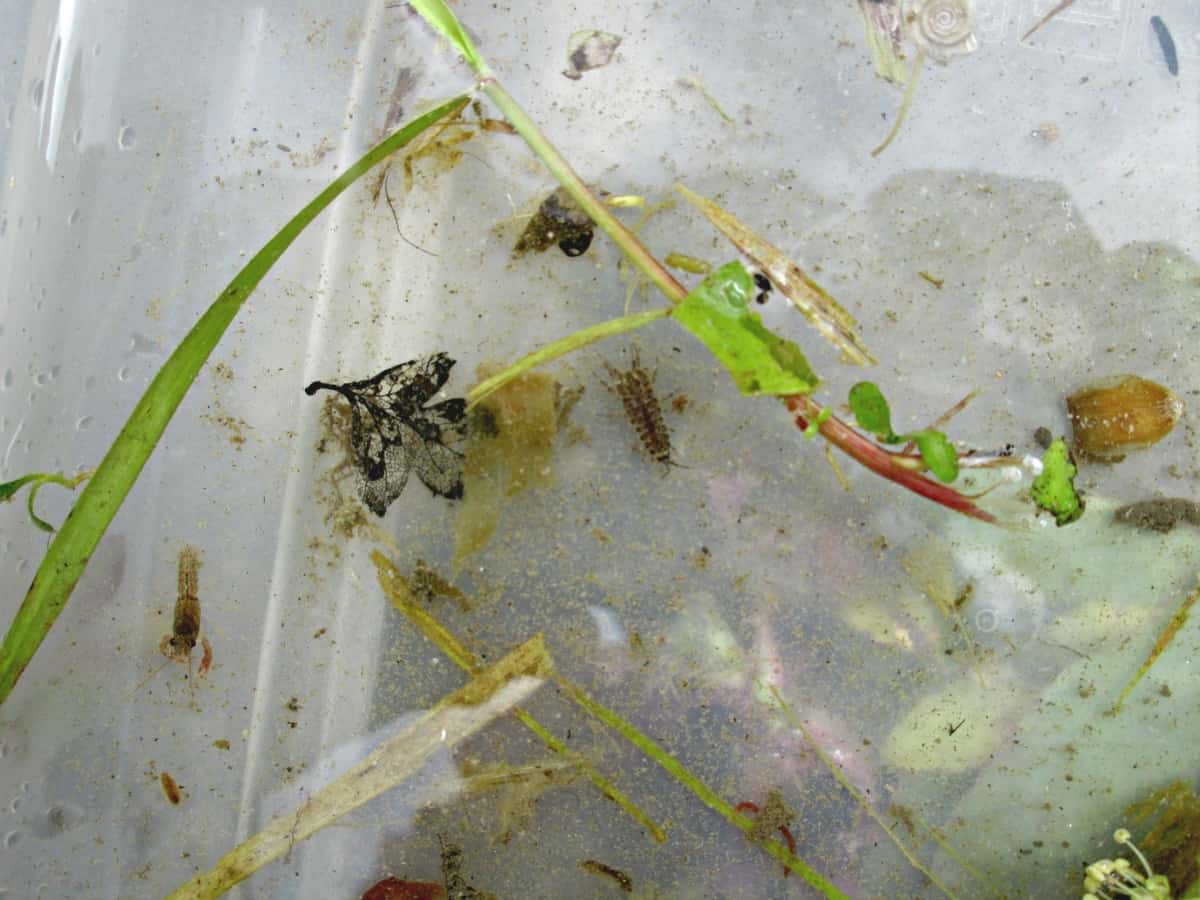 We loved that in areas we were able to get right into the canal – it was like being in a jungle, and is an amazing place to explore!

The kids really did enjoy themselves, especially when they were chucking pond slime at each other 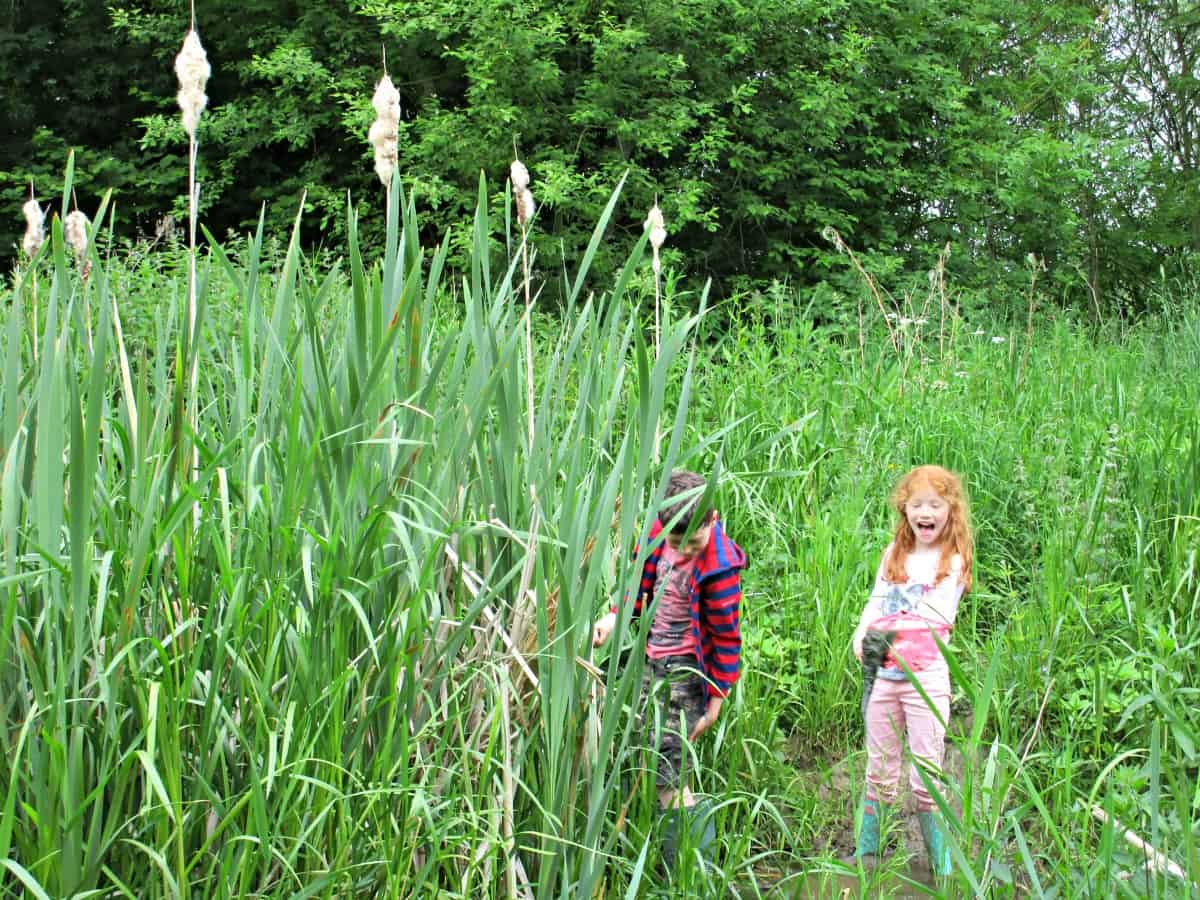 It really was a wonderful afternoon canal dipping in the disused Thames and Severn Canal as part of our #30DaysWild challenge.

How to Play the Perfect Game of Pooh Sticks

oh we love pond dipping! we are really enjoying #30dayswild too #countrykids

It’s great fun isn’t it – its definitely got us out doing more :)

This is great! I was completely unaware of the 30 day challenge- what a brilliant idea!

It’s a really fun campaign, Maria. They’ve got loads of ideas for how to bring a little bit of wild into our lives :)

YOu 30dayswild challenge activity is so awesome and always so inspiring!

Thanks for your kind comment Merlinda, we’re loving #30DaysWild :)

This reminds me so much of my own childhood and hours spent along the Basingstoke Canal. Looks like lots of fun #CountryKids

Canals are amazing environments aren’t they – I love the combination of industry and nature :)

I couldn’t help but have a little giggle at the slime throwing part lol. Pond dipping really does look like fun. Great pictures. Xx #countrykids

Now they are getting a bit older it’s extra nice seeing them just have fun with each other and enjoy themselves :)

What a good idea to go pond dipping in the canal and it looks like a great canal for wildlife too. A little oasis :-) #countrykids

It is such a beautiful spot – it definitely had a jungle feel about it, it was so overgrown :)

What a beautiful place to explore. Such fun pond dipping. I love that they were throwing pond slime at each other! #countrykids

They were in hysterics, we really did have a lovely afternoon :)

Its great that 30 days wild gets you to try different locations isn’t it. Canal (pond) dipping must be one of the best outdoor activities for kids and yours look like they are having the best fun #countrykids

We spend lots of time outside, but #30DaysWild really has got us exploring and investigating more – we’re loving our wild month so far :)

Love pond dipping, it’s so interesting to see what’s living in the water. Such a beautiful place too. #countrykids

We’d actually love to get an underwater camera so we could explore more underwater habitats – they really are fascinating :)

Aaah that looks fun. I am on the look out for a place to do something like this with my daughter too. We are in with the 30 days wild challenge too. x #countrykids

It’s great fun Melody – let us know when you go and I’ll check out your photos on Instagram – they are always beautiful :)

We’re joining in the #30DaysWild too. Good idea to go pond dipping. I need to add it to my list. Exciting to find a few creatures. #CountryKids

Pond dipping is such fun Cheryl, and you find all sorts of prehistoric looking creatures. Hope you are enjoying #30DaysWild

I must get pond dipping onto our activity hour list for this year. We had great fun in the lake last year. An old canal sounds like a perfect location for finding all sort of mini beasts from the water. I love all your photos, the kids look so happy enjoying their challenge. A great 30 days wild idea.

Thank you for sharing with me on #CountryKids

We really did have a fun afternoon. Kid’s love playing in water don’t they? I’ve never had the chance to take the kids rock-pooling as they haven’t spent much time at the seaside – I’d love to do that with them :)