I have been told that the Cotswold Water Park is the largest inland man-made water feature in Europe. It covers an area of 40 square miles, and contains more than 150 lakes set across the countryside of Wiltshire, Gloucestershire and West Oxfordshire. The lakes have been created over the last 50 years by extraction of glacial Jurassic limestone gravel, which millions of years ago, eroded from the Cotswold Hills. These quarries, once the gravel has been extracted, are left to naturally fill with water, and are then managed by the Cotswold Water Park Trust for the benefit of local people, visitors and wildlife. 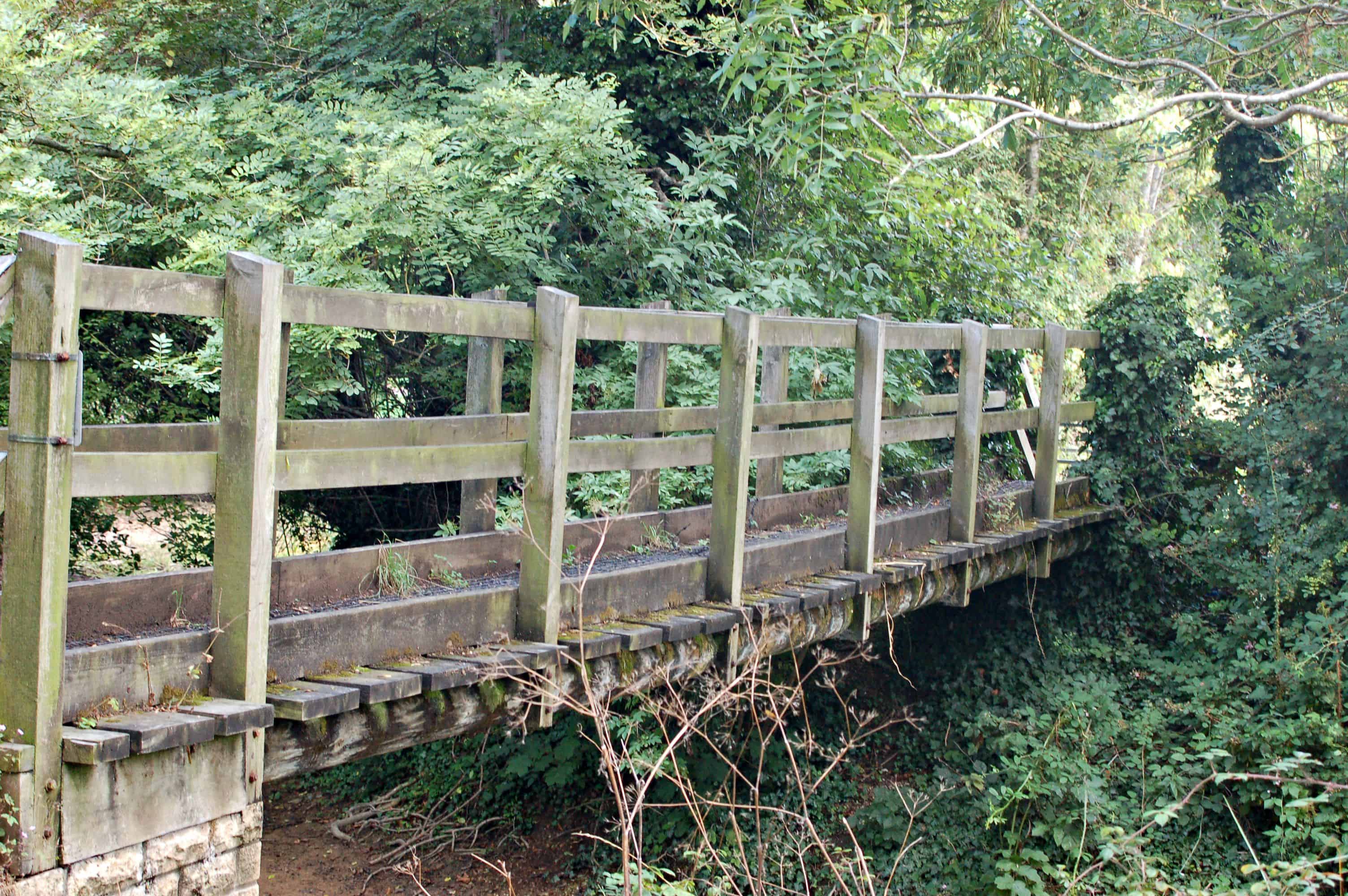 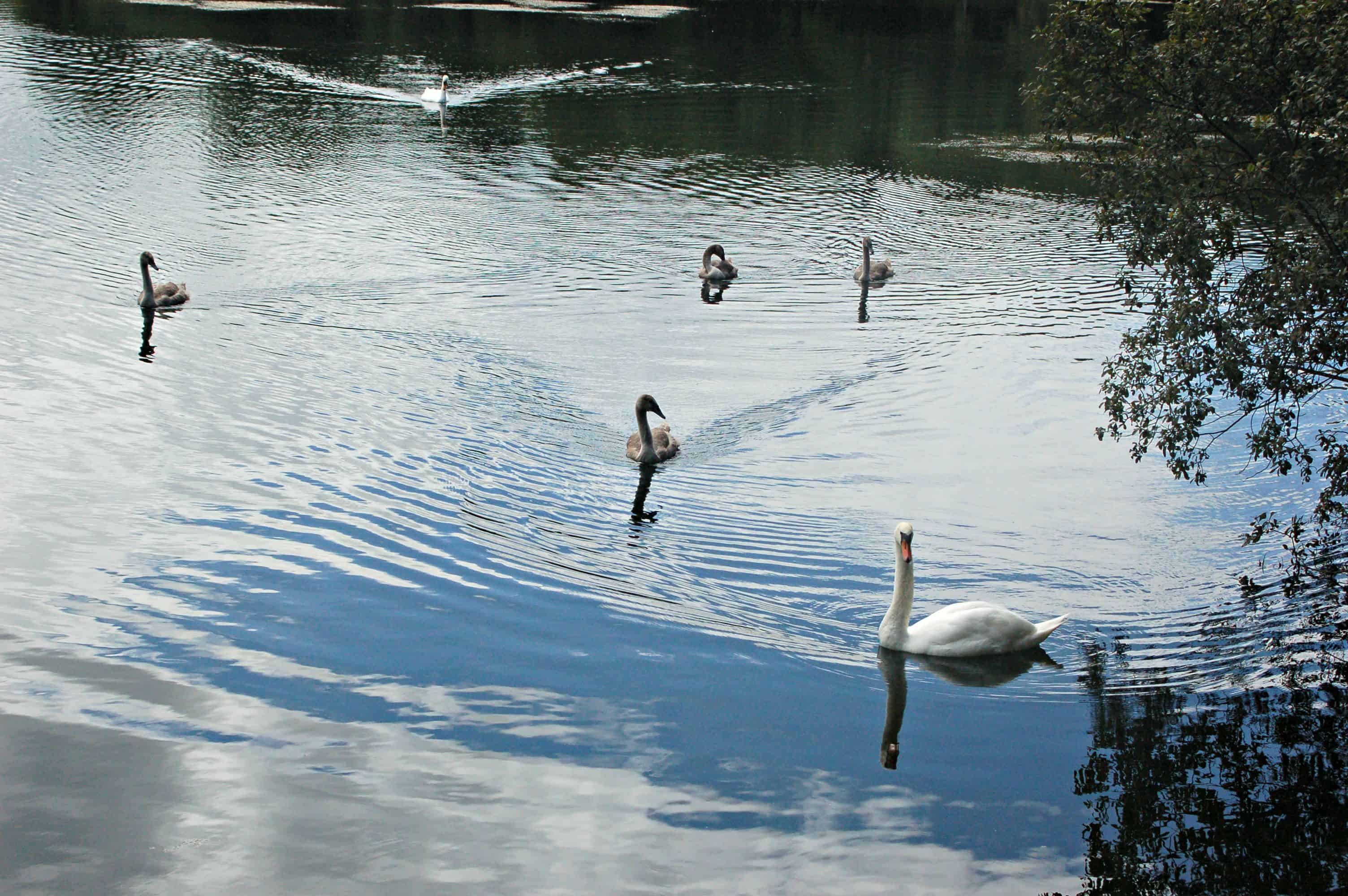 Within the water park there is loads of things to do; some of the lakes are wildlife conservation areas, there are fishing lakes and water-sport lakes, swimming lakes, an amazing Sculpture Park and of course loads of beautiful walks. Today we visited one of our favourites, Neigh Bridge Lake, to walk the dog (they have created a special area for dogs to swim in), and to try our hand at Pond Dipping! 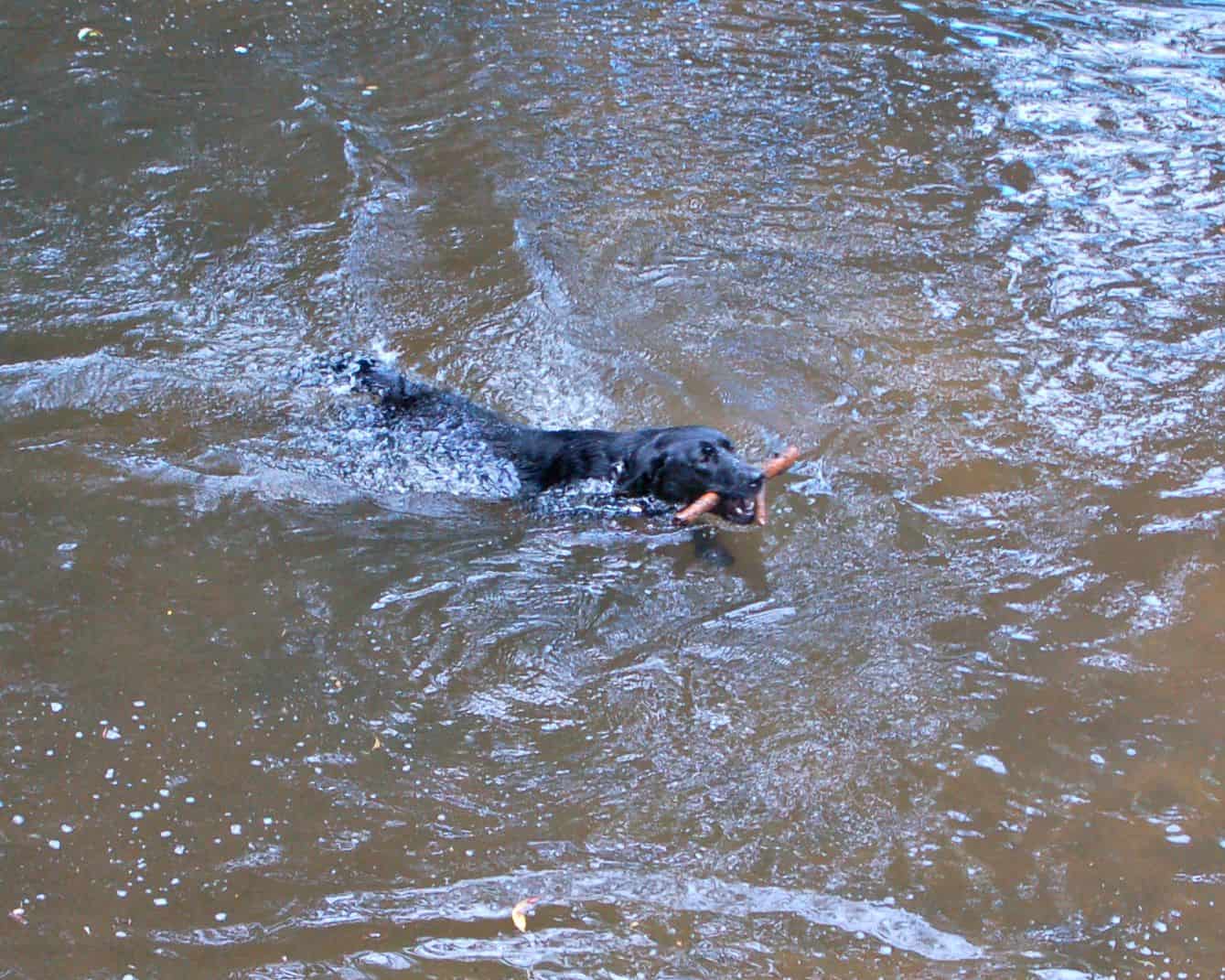 We know there’s tons of wildlife on and in this lake. We often see fisherman catch really large Pike and Carp here, so we were confident that there was plenty in there. We also know there’s a few non-native species in the lake that we often see – look closely at the willow in the picture below that fell into the lake a couple of months ago in a storm – can you spot something that you wouldn’t normally see in a UK lake? The most turtles I have seen on this trunk at once is 3, so at least we know that this one has a couple of friends. As you can see from the other picture, the lake is full of fish, so although the turtles shouldn’t be in this habitat, they clearly aren’t having too much of a detrimental effect on the fish population! 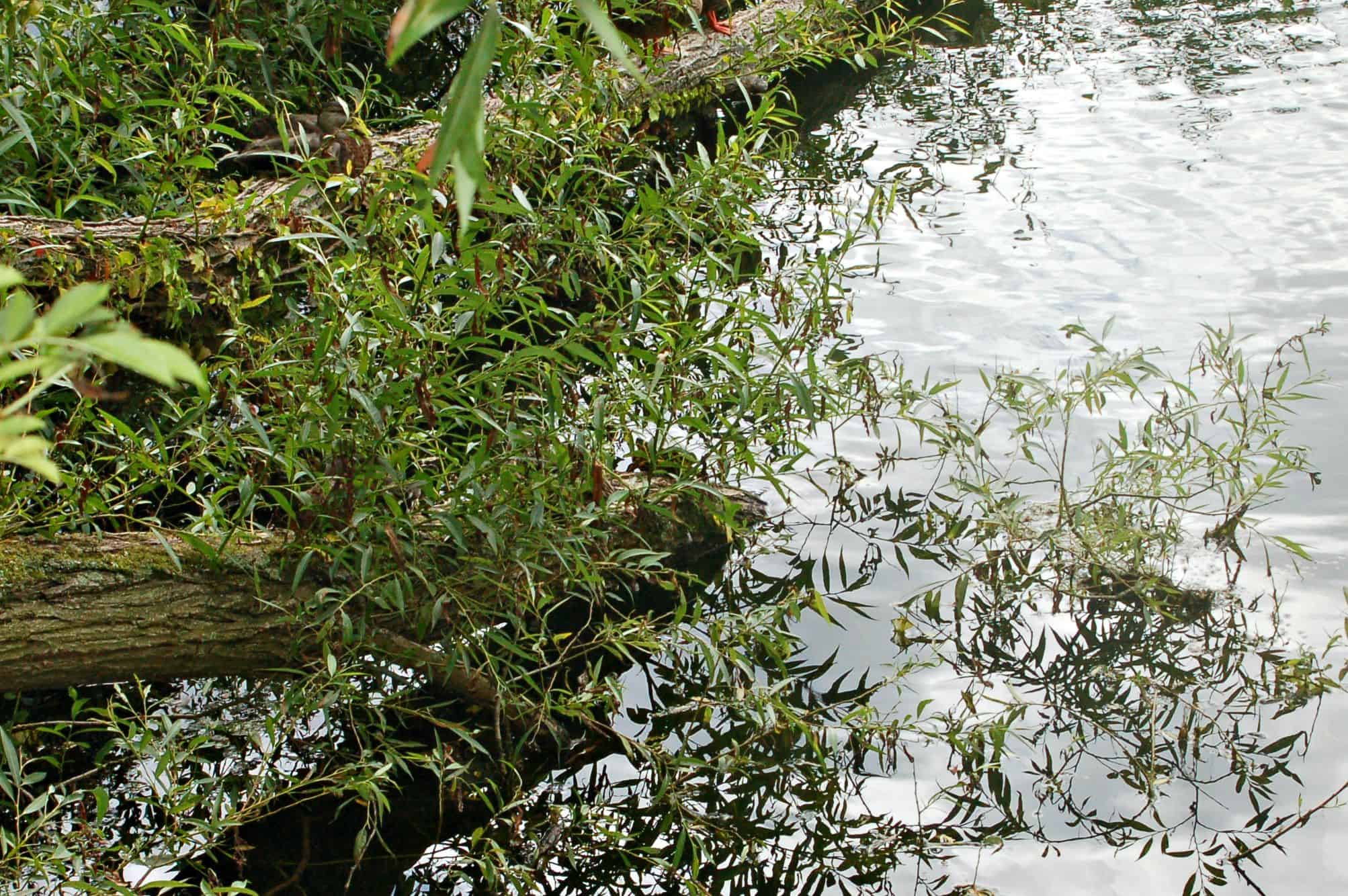 We took simple fishing nets and containers with us on our explore. The containers give you a chance to have a good look at anything you catch, without distressing or damaging the animal. Once we had had a little look at the creatures, we returned them back to the area of the lake we had found them in. 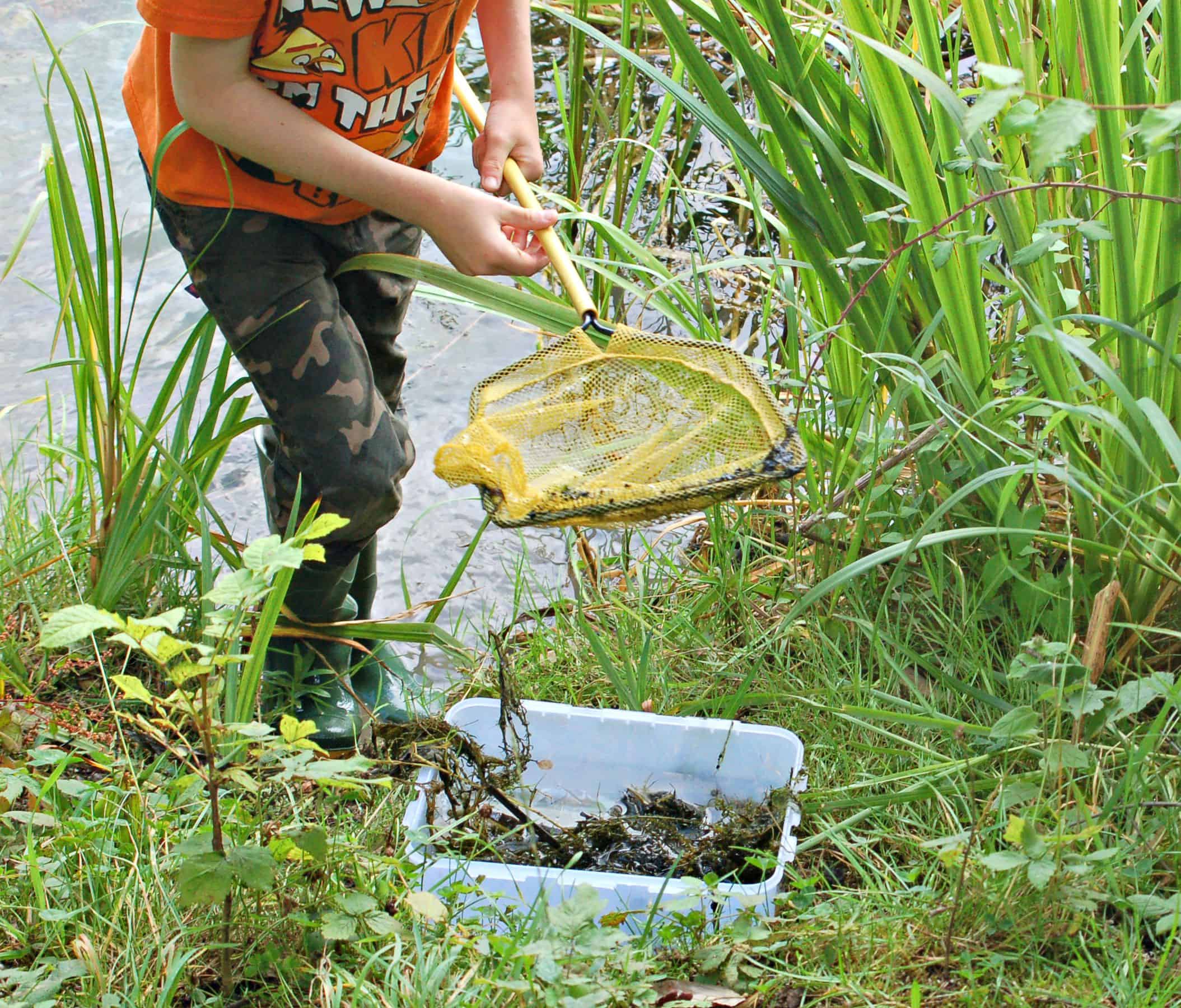 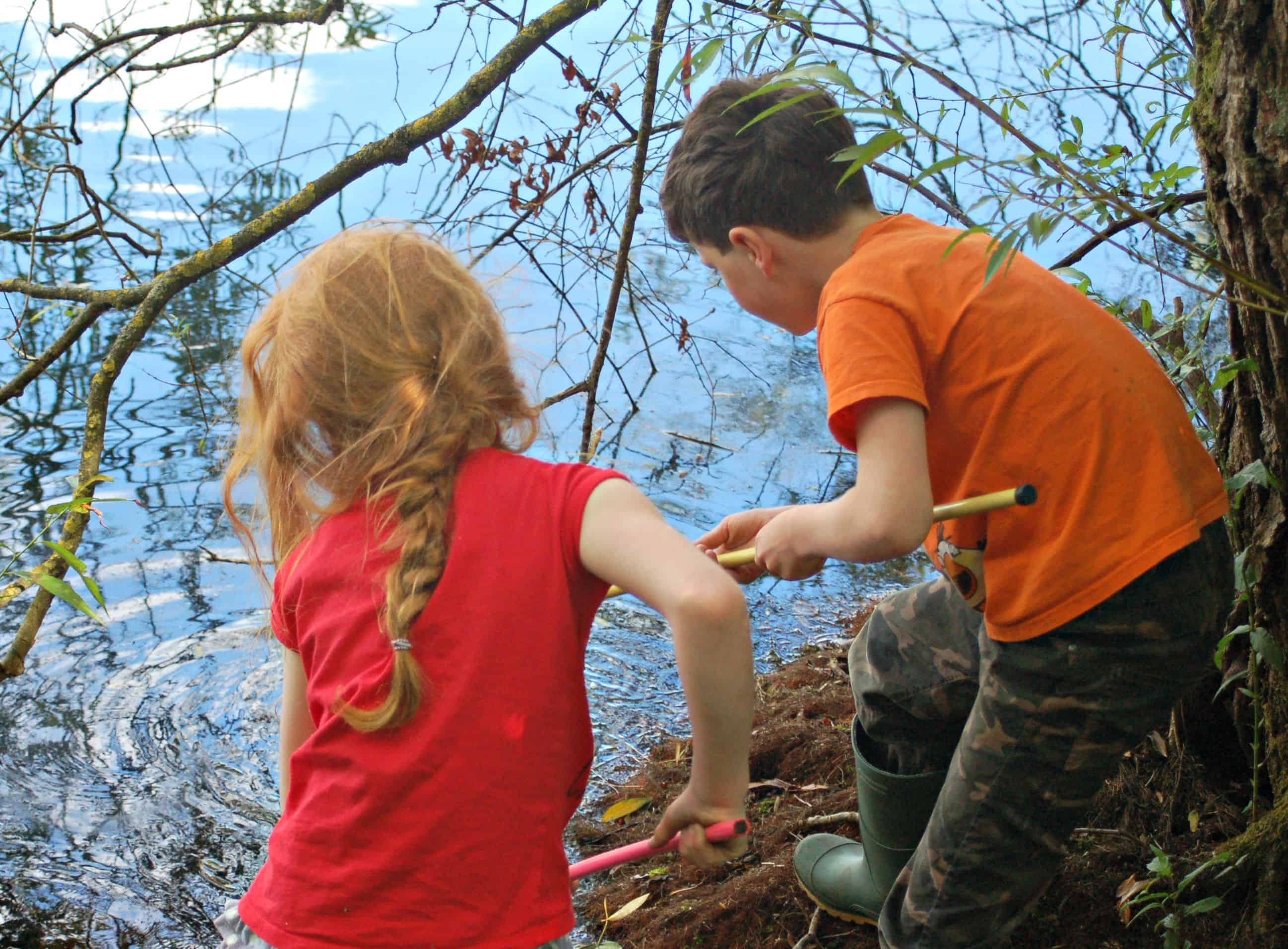 These little baby crayfish are, I believe, another non-native that are now found in UK lakes, which in some areas have caused a lot of damage to our wildlife. They certainly look ferocious, even as little babies, none of us were prepared to check by handling one of them! Edit 20/8/2015 Note – It has been pointed out to me that we have a native White Clawed Crayfish in our waters, as well as the non-native American Signal Crayfish.  The former are very susceptible to a disease carried by the non-native species. I presumed the ones we found were non-native, but don’t know for sure, if I find out I will add another note here, and if anyone can tell from the photo I would be very interested to know! 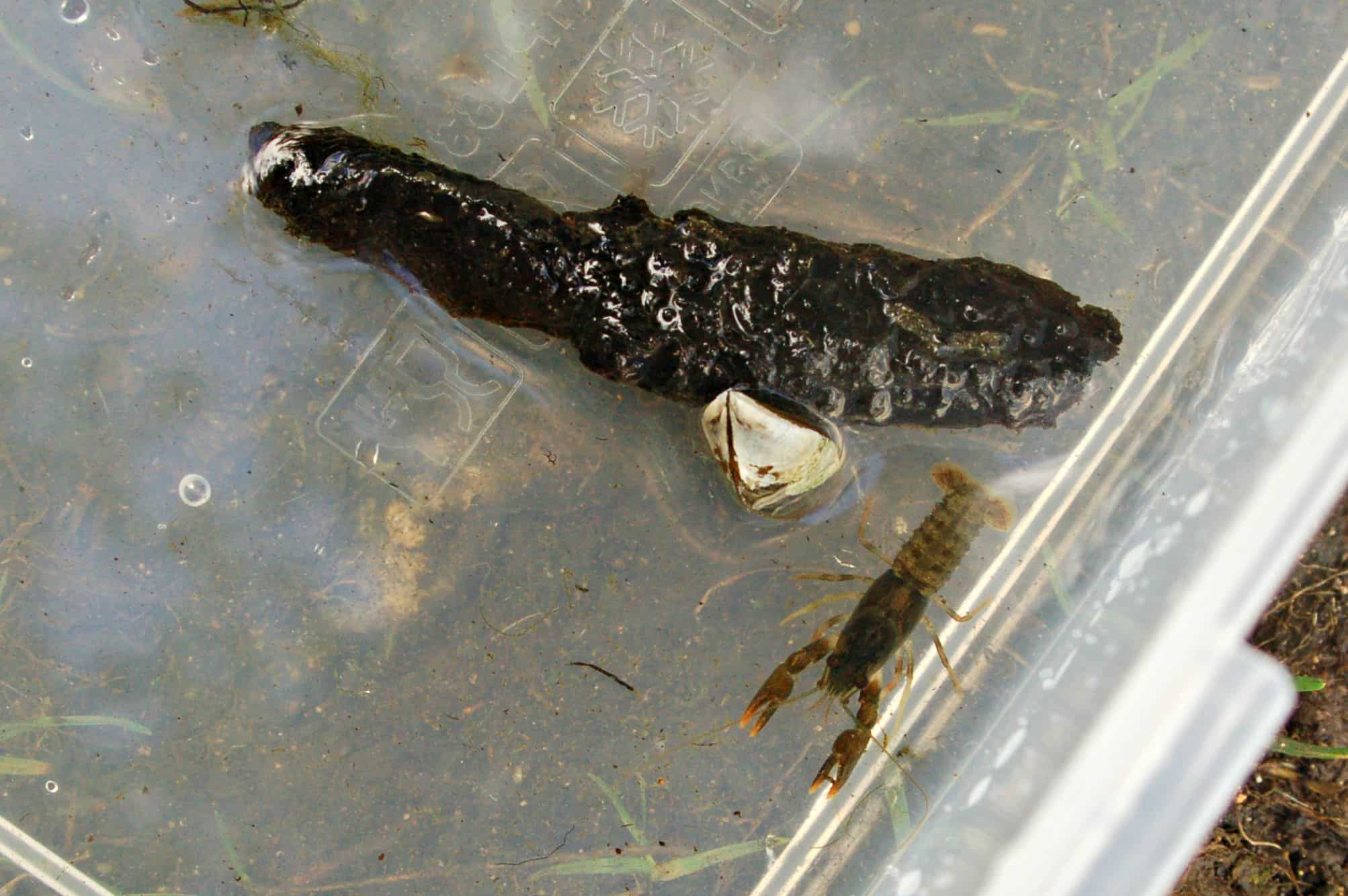 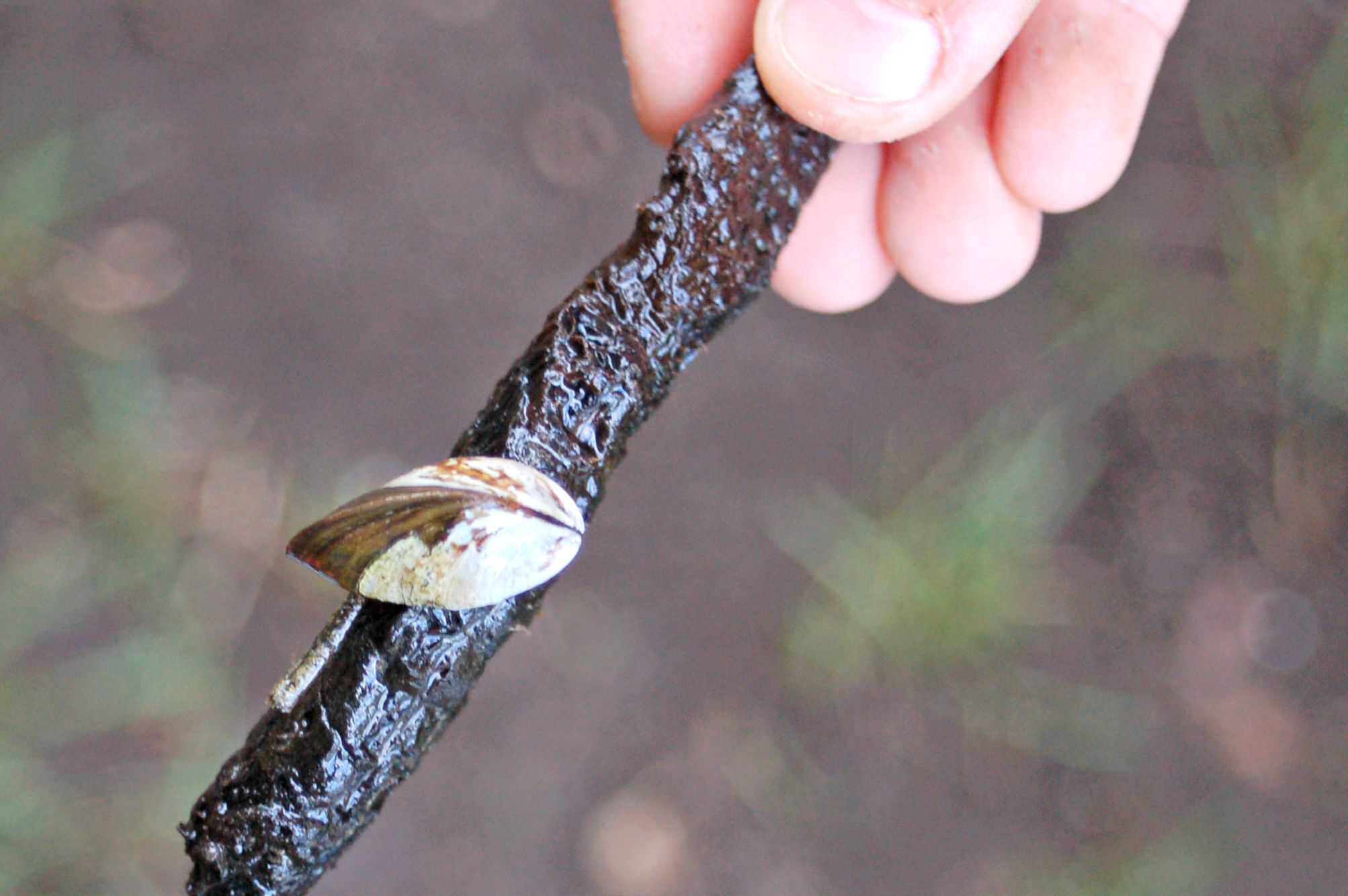 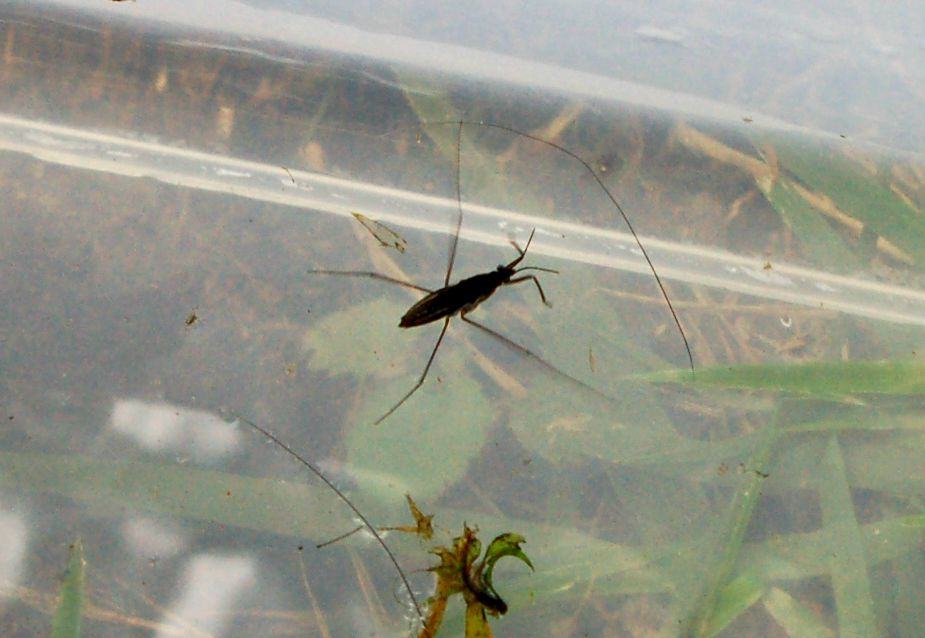 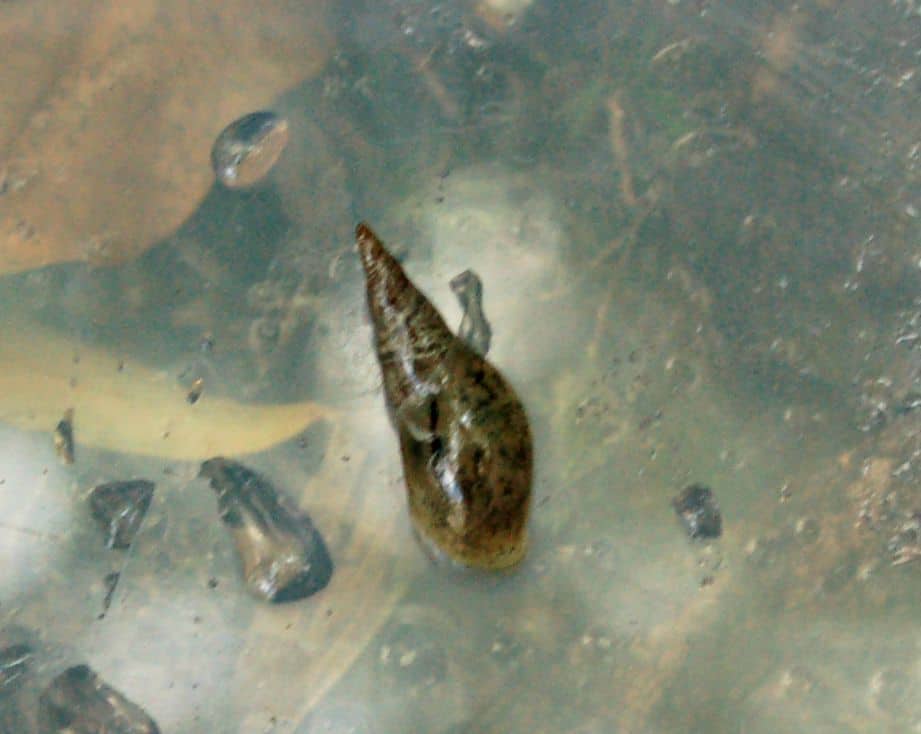 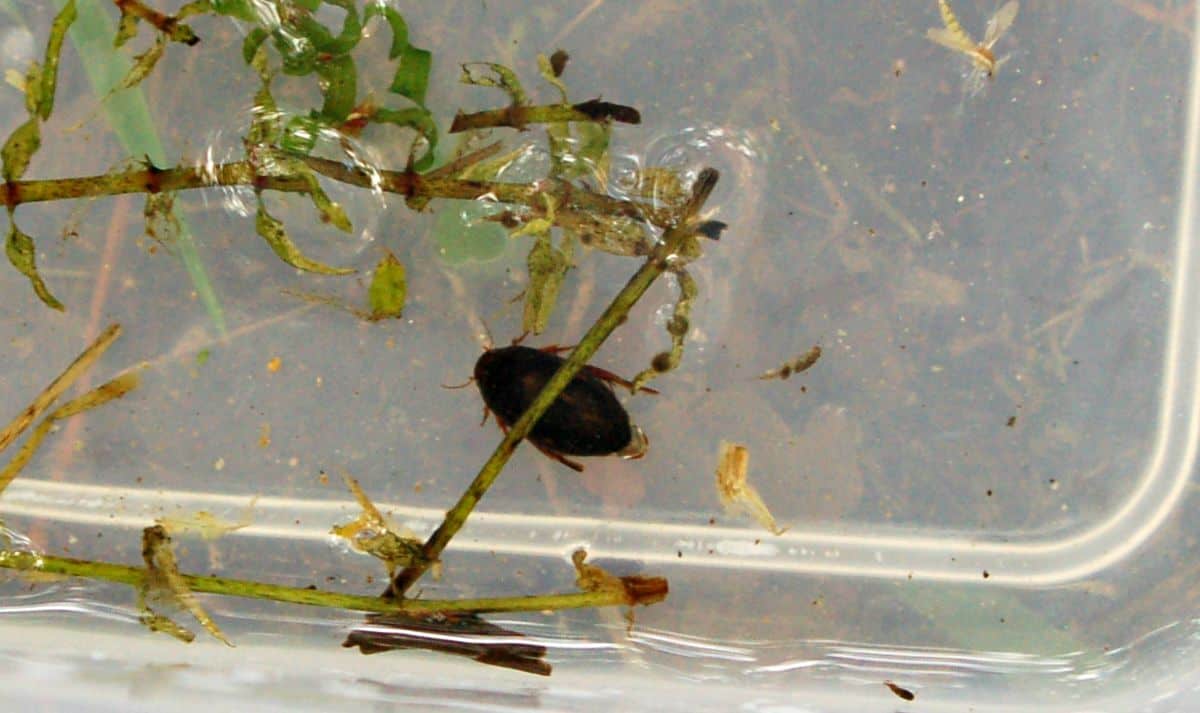 We had a lot of fun, and although we visit this lake all the time, it was the first time we had ‘dipped’ here. It really gave the kids a new understanding of the life below the surface of the lake. We are now trying to work out how we can explore under the water further, apparently a remote controlled submarine with its own video camera is what I need to order! 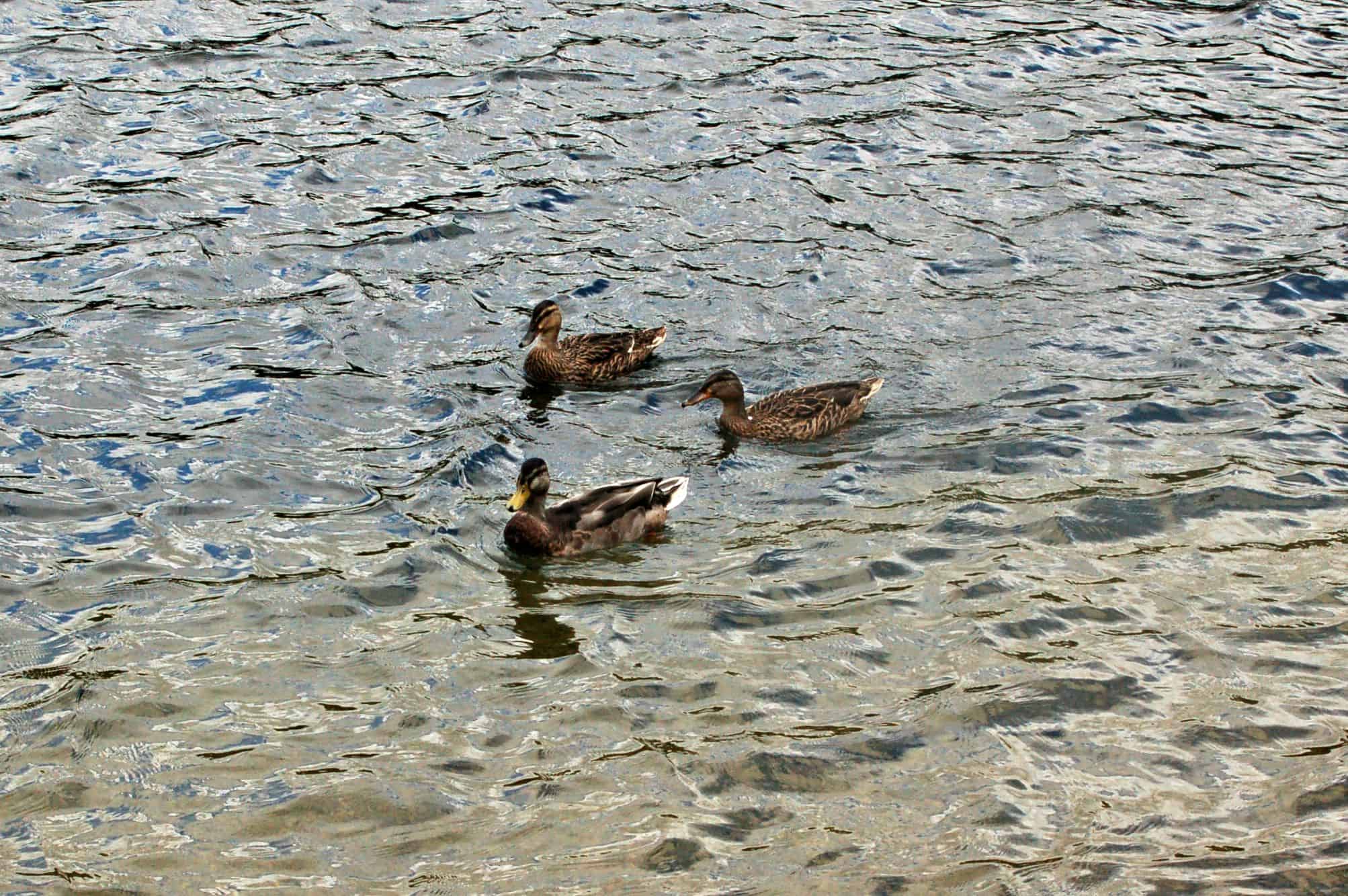 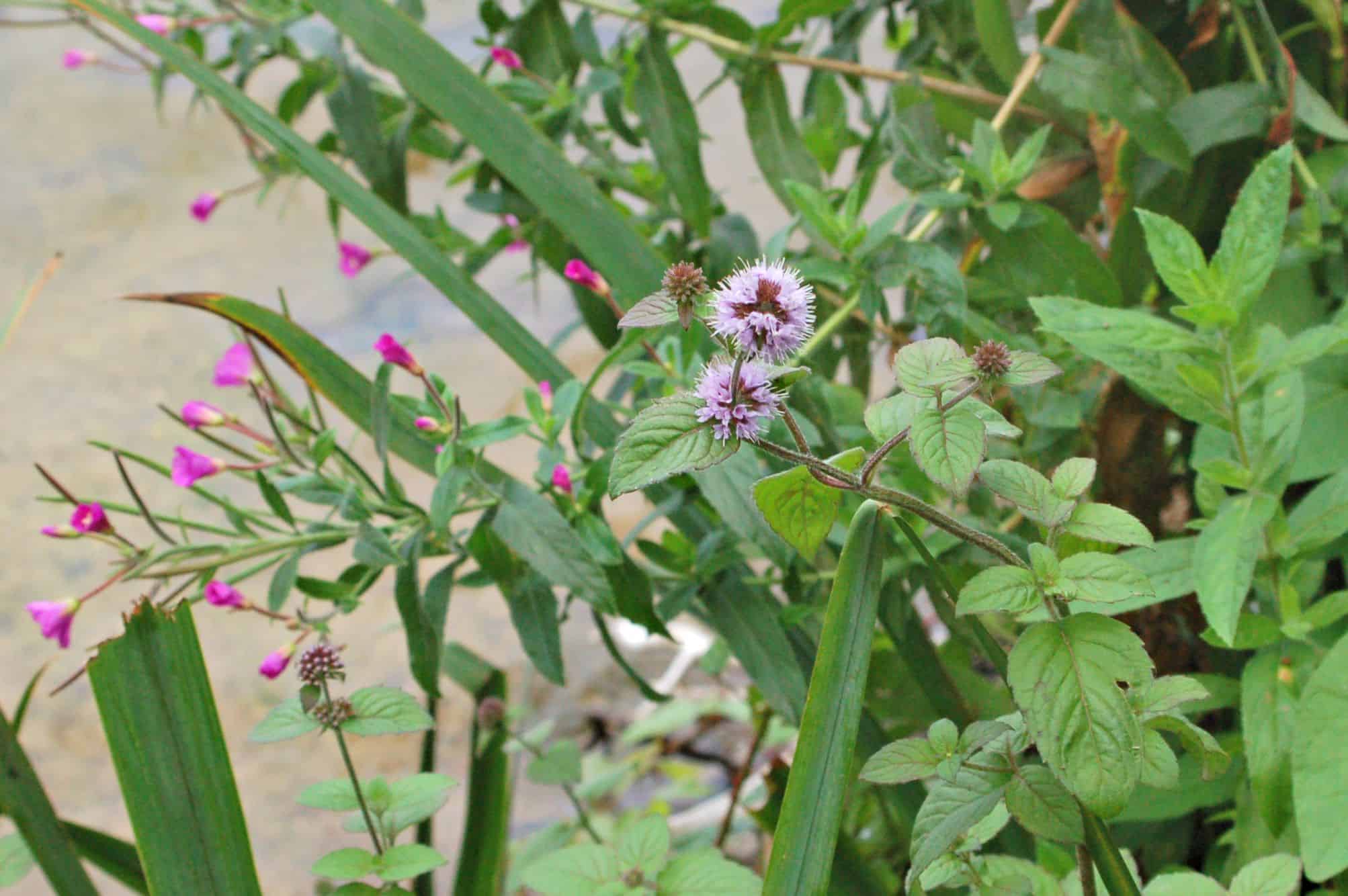 We have also tried dipping in our local, disused canal – you can find out what we discovered in it here.

If you are looking for some other fun, family days out in the Cotswolds, why not check out our our visits to the amazing Crocodiles of the World, and Better Extreme trampoline park.

How to Make Prints with Loom Bands

How to Make an Easy Kids Bottle Garden

A Family Holiday at Bluestone Wales

Learning bushcraft skills as a family

Family Day Out at Bath Racecourse

12 Fabulous Places to visit in and around...

Our visit to the Elemental Sculpture Park

Pond dipping is good fun and a great way to learn. We did some pond dipping last year and really enjoyed it, must do it again.
Thanks for sharing #LetKidsBeKids

Yes it is great fun, takes me straight back to my own childhood. Thanks for having us on #LetKidsbeKids

Oh wow, what a cool day out. How great and rare to see turtles too! 😀 I’d love to go pond dipping and catch lots of little mini beasts, it sounds like such a fun place to visit with little ones. Lots to find and explore and lots of little creatures to learn about. 🙂 Thank you so much for linking up to #whatevertheweather x

Thanks for hosting #whatevertheweather x

Oooh, you found lots of minibeasts! The last time we went pond dipping was with Spud’s school in November (!!!) it wasn’t quite as much fun as it looks like you had in the sleet 😀 #countrykids #whatevertheweather

Not sure I’d fancy it in November rain much either. Thanks for visiting x

We loooove pond dipping, so many things to see in the water. I know there is a non-native crayfish, but there are also native white clawed crayfish in the UK, I have no idea of the difference though as I’ve never actually seen either! Either way it looks pretty ferocious even as a baby!
Thanks for linking up to #Whatevertheweather 🙂 x

Oh would be great if they were native ones. I’ll have to ask the fishermen up there if they know what they are. I have edited my post to make it clear that I presumed they were the non-native crayfish, rather than having a positive id. Thanks for your comment x

Wow, my little explorer would love the water park and it’s so close. Thanks for sharing!

If you’re local think about joining the water park trust when hes bigger. They run occasional fossil hunts in the quarries which are still being worked which are great fun. They find all sorts of fossils including dinosaur and mammoth bones. Think kids need to be 5 to attend. Thanks for visiting x

I’ve never heard of the water park before, we were just discussing maybe taking a trip to the Cotswolds so I’ll be checking it out. I loved pond dipping as a child (and still do now!)I’ll definitely be taking my baby when he’s a bit older. #whateverthe weather

It’s a lovely spot. Just been admiring your stunning photography on your blog, it definitely makes me want to see more of the UK! Thanks for visiting x

What a great idea, pond dipping is always a hit with the kids and a great way to get them excited to go back to a place they’ve been loads of times before. It’s also great to go at different times of year to see tadpoles and baby frogs as well as later on in the year when they get a bit bigger. Your lot look like they’re having a blast finding all the different animals under the surface of the water. Thanks for linking up with me on Country Kids.

We did have a lot of fun. Hopefully they’ll be taking their kids pond dipping one day and remembering us doing it. Thanks for a great linky x

One of my son’s fave thing to do is to use the net to see whats in the pond! This looks like a lovely day! #countrykids

It was 🙂 Thanks for visiting x

We’ve just done some pond dipping for the first time recently and my daughter was fascinated – I’d forgotten how much there was to discover under the surface. #countrykids

It really is another world under the water isn’t it. Thanks for visiting x